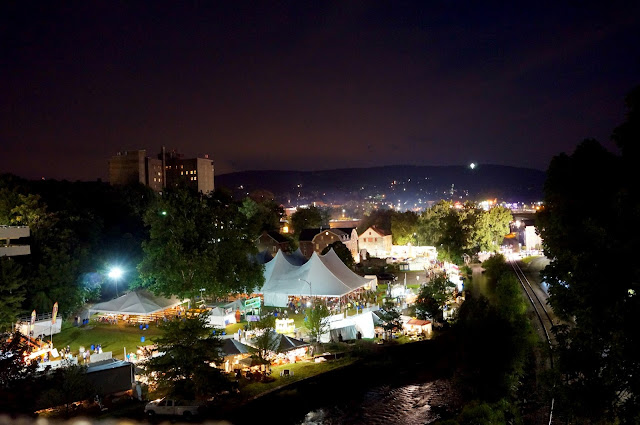 My wonderful town of Bethlehem, PA is home to a huge annual 10-day music festival called (appropriately) Musikfest.  Anyone who hasn't heard of it certainly needs an introduction so I'm going to quote Wikipedia shamelessly here:


"it claims to be the nation's largest non-gated free music festival.[1] The festival begins on the first Friday in August, and ends on Sunday ten days later.
Each year, thousands of visitors and residents of Pennsylvania make the trip to Bethlehem to participate in a celebration that weaves through a Moravian community that dates back to 1741. Festival visitors are treated to hundreds of free shows over the course of the event. Each night, the festival's premium stage, Steel Stage (formerly known as RiverPlace and Kunstplatz), hosts a nationally-known recording artist. These premium concerts, along with select shows at other stages, do require paid tickets to gain admission.
Some notable past headlining shows have included Clay Aiken, Air Supply, Alan Jackson, Alice in Chains, Adam Lambert, Alice Cooper, Boston, The Beach Boys, Tony Bennett, Boyz II Men, Carrie Underwood, Collective Soul,Ray Charles, George Clinton, Dixie Chicks, B.B. King, Kansas, Weird Al Yankovic, Poison, Staind, Duran Duran,Earth, Wind & Fire, Ludacris, Hootie & the Blowfish, Kool & The Gang, Jethro Tull, Jonny Lang, Stone Sour,Lynyrd Skynyrd, Don McLean, Martina McBride, Steve Miller Band, Live, Enter the Haggis, REO Speedwagon,Maroon 5, George Thorogood, and many others.
Local German roots are the foundation of the celebration, and most of the festival's venues use Platz, the German word for place or square, at the ends of their names. A popular place for eating and listening to music, for example, is the large "Festplatz", which includes 300 dining tables, and usually features a polka band each night. Beyond that, however, Musikfest's music, food, and other attractions represent a broad range of ethnicities.
Musikfest is presented by ArtsQuest, a nonprofit arts organization founded to "celebrate arts and culture" in theLehigh Valley and beyond. Proceeds from the event benefit ArtsQuest ventures such as the Banana Factory community arts center in South Bethlehem, as well as other nonprofit groups throughout the region" -https://en.wikipedia.org/wiki/Musikfest
Anyway, it's a very good time, you can walk around with special mugs of beer in the street, and it's a great week to enjoy free music and unhealthy festival food.  Here are a few of my pictures from around the festival, which I'll be updating during the week. 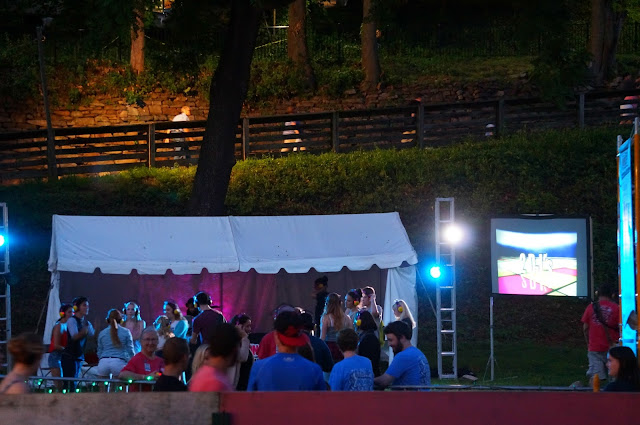 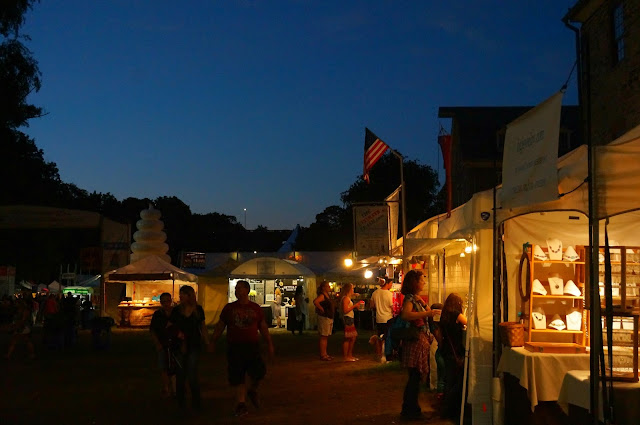 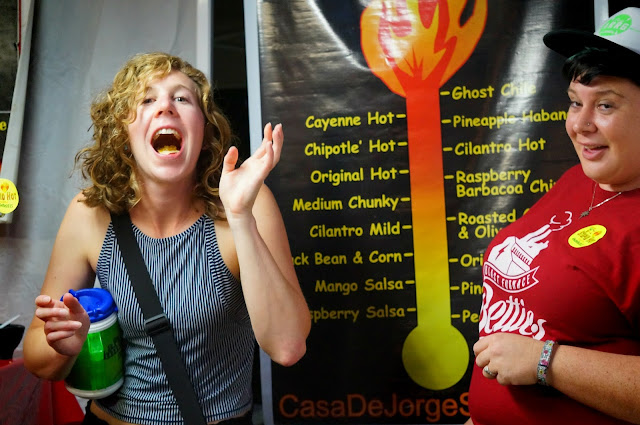 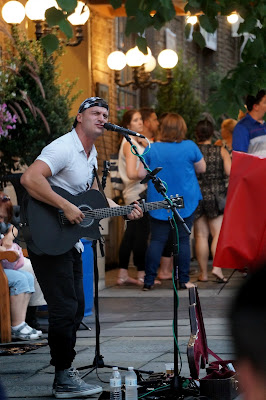 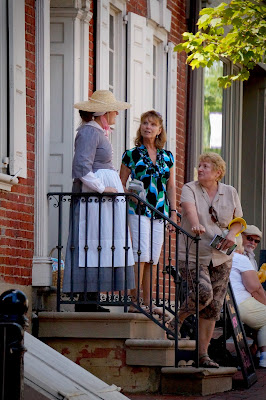 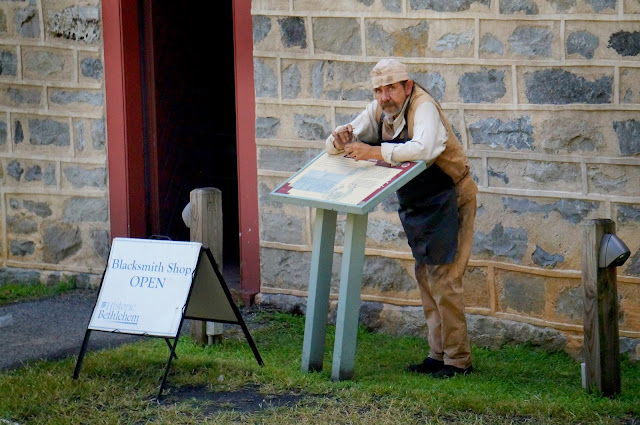 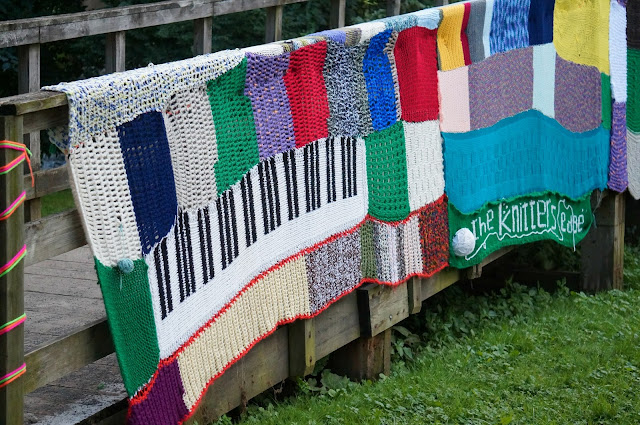 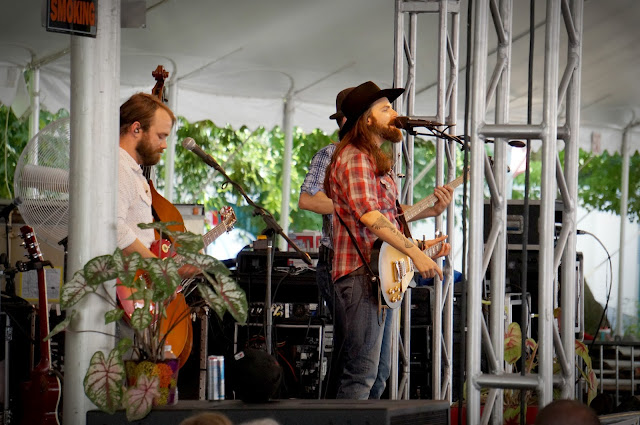 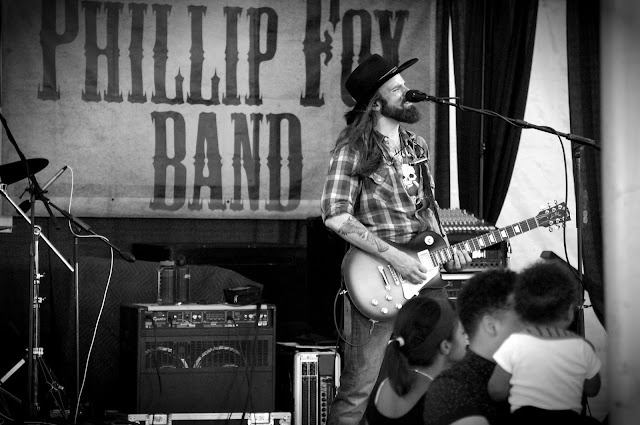 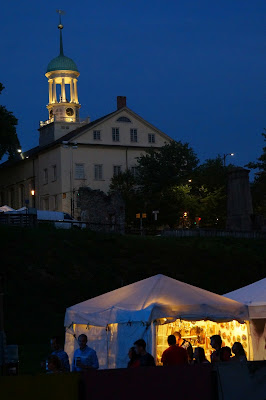 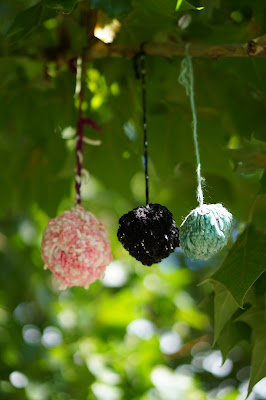